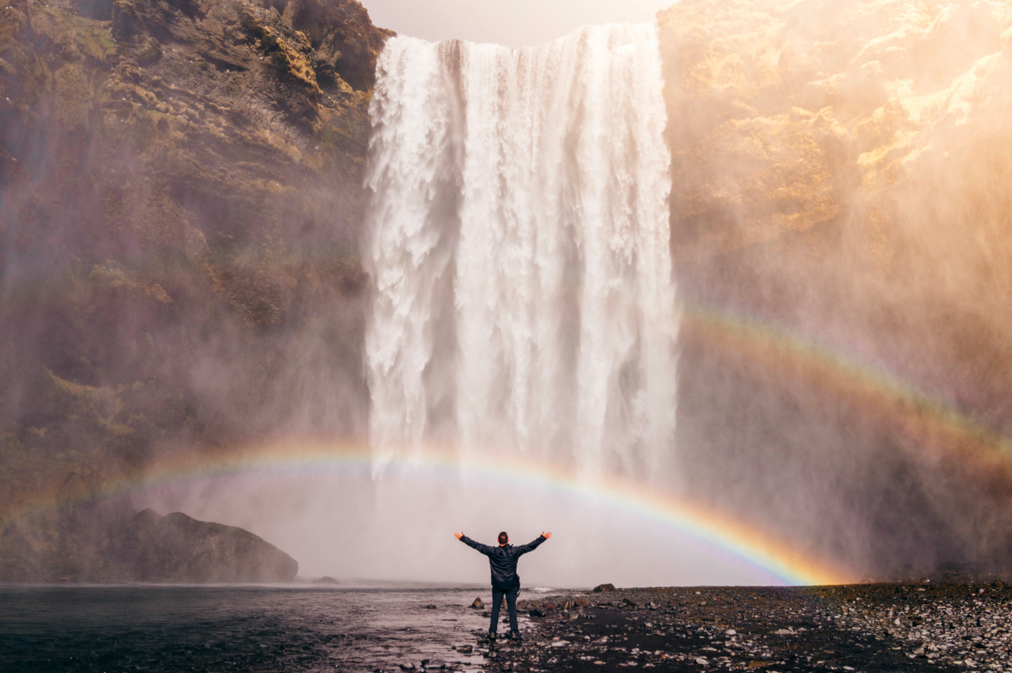 With the work I do, I explore a lot of different perspectives and principles that can actualize a joyful and powerful life.

Thanks to a gift from a recent client of mine, I’ve come across a cornerstone idea that solidifies the foundation for all of it. It could be the one distinction that makes all the difference for you and your life.

Let’s talk about belief for a second.

We don’t always realize it but everything we live is based off beliefs we hold. Without sounding overly philosophical, the only thing I could ever assert as truth is that “I exist.” I can’t even say for certain that YOU exist, as you are my experience as a perception.

Because I perceive you and I believe you to be there, my experience is consistent with my beliefs, and so I inadvertently hold it as truth. It may be the truth of my experience, but it’s based off a belief I choose.

Without thinking about it, we’re all living this way – from a set of beliefs we rarely question. I’m not just talking about the basic belief that someone in front of us actually exists, but pervasive beliefs like: “It takes a lot of work to be successful,” “No one can be trusted,” “I’m an introvert,” “I have to do everything if I want it done right,” “I’m never the lucky one,” “I’m not good enough…”

At the heart of all of it lies one belief that is foundational to determining the quality of your life. And it actually precedes the belief you have about yourself, who you are, and what you’re capable of…

It’s the belief you have about how powerful belief really is and if it’s enough to actually affect real change.

Beneath all of this is our choice in mindset.

Check this out: at the root of our belief system lies the belief that we’re either fixed or adaptable. Did we come into this world with a fixed set of traits, a defined personality, and list of characteristics? (Fixed mindset). Or did we come into this world and develop traits, learn a personality, and choose and evolve our characteristics? (Growth mindset).

Here’s what distinguishes one mindset from the other:

Fixed mindset: the emphasis is on capability and arises from the belief that who I am is fixed – meaning, I have a fixed set of traits and competencies. If who I am is fixed then failure is my enemy as it’s a direct hit to my inherent capability (i.e. worth.) In a fixed mindset, failure and risk are avoided so not to tarnish my, and the world’s, idea of who I am.

Growth mindset: the emphasis is on process and arises from the belief that who I am is adaptable depending on my focus and effort. With a growth mindset, failure sucks but it’s not a hit to my inherent worth, it’s simply a reflection of my effort and an indication that more (or different) attention is needed. Therefore, risk isn’t avoided and failure is seen as a part of the learning process.

Understanding these mindsets conceptually, it’s easy to think we clearly subscribe to the latter, but I’d encourage you look deep. It’s actually possible to believe BOTH mindsets on various subjects and not realize it.

Or, how many times have you kept yourself from something because your inner voice is hinting that you’re not good/qualified/smart/attractive/witty/impressive/compelling enough. “Don’t you dare try it out because failing would only confirm you’re a failure.”

All that above stems from a fixed mindset – a belief that what we are is fixed and not changeable.

Here’s why this distinction is so profound: It’s a belief either way. We either believe we can change, grow, adapt, and are not our fears, beliefs, or stories. We can believe that our beliefs are just that – beliefs – in other words, a choice!

Or we can believe that our beliefs are fixed – that what we’re living is not a choice and our perception and interpretation of our experience is truth.

In one world, anything is possible with a shift in belief. In the other, belief is static and so is the rest of your life.

Coaching requires a willingness to see in new ways; it requires a belief in the possibility that beliefs are choices and can be changed.

What you believe to be true about your beliefs defines what’s possible for you.

What mindset do you predominately hold? What mindset would you like to embrace? What do you believe about your beliefs? To further explore the mindset concept and its implications, I highly recommend the book Mindset by Dr. Carol Dweck. If this idea about what you believe about beliefs has stirred something up for you, leave me a comment below – I’d love to hear about it!

With love (and modifiable beliefs:)…